My basket
Your shopping basket is empty.
You are here
Home That added touch of class
Categories
Back to news

That added touch of class 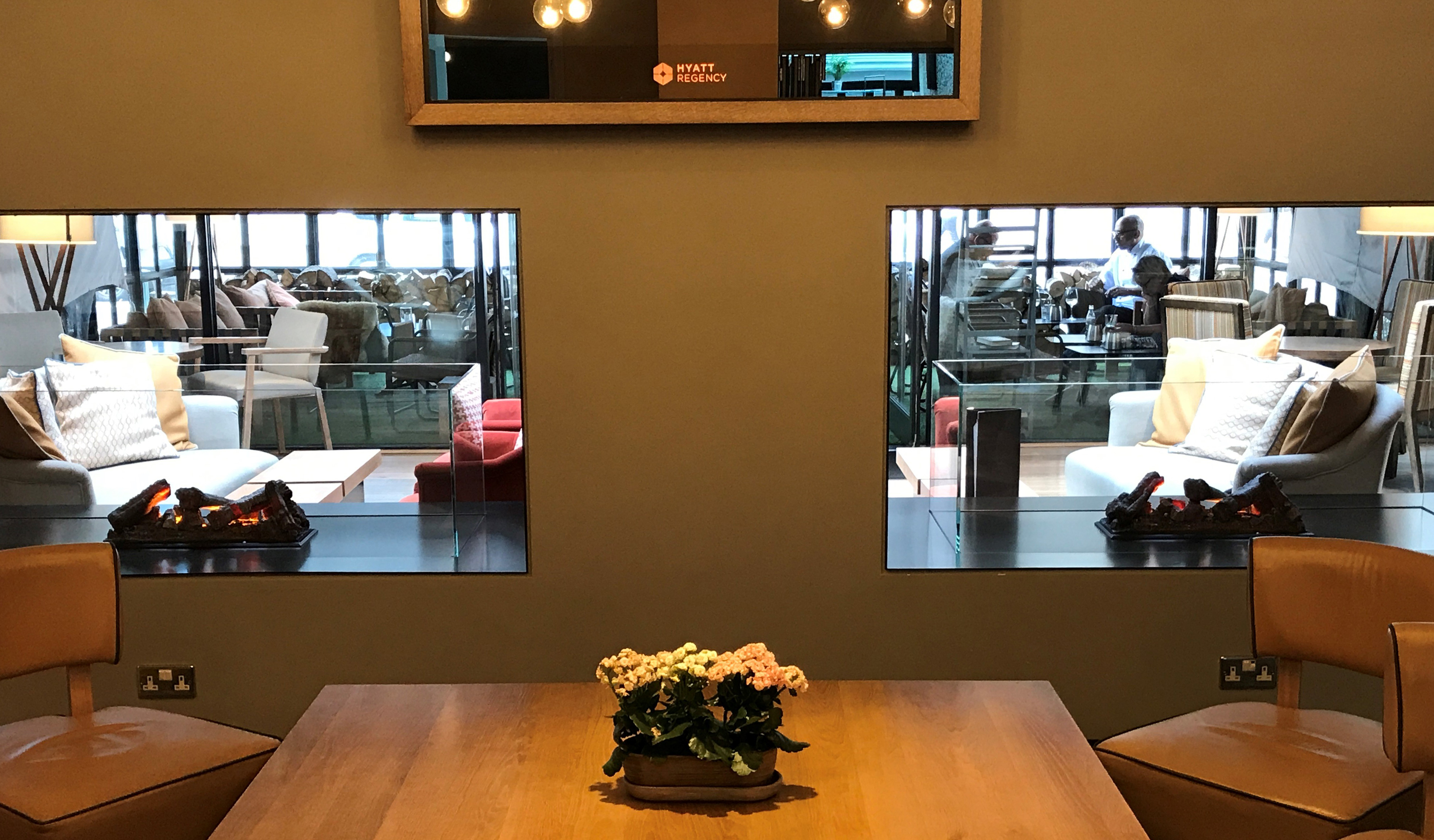 The hotel also boasts an in-house spa with gym, therapy suites, nail bar and the city’s only 16-metre swimming pool.

In order to maintain its status as one of Birmingham’s key landmarks, the Hyatt Regency has a scheduled refurbishment and maintenance plan in place, which takes place every two years, for the interior and exterior of the building.

The hotel’s most recent refurbishment, the biggest in Birmingham to date, encompassed all 319 bedrooms, eight meeting and conference rooms, the Symphony ballroom and reception. The £6 million investment saw the entire hotel refurbished in line with a new theme focused on Birmingham’s history as ‘the city of a thousand trades’.

At the centre of the revamp was the creation of a new tavern-style bistro pub, the Gentleman & Scholar, which would have an identity of its own, separate from the hotel, and would serve as a place to relax for both guests and non-guests.

With a distinct move away from the traditional, corporate look-and-feel of hotel bar areas, the Gentleman & Scholar opted for a retro style, complete with parquet tiling, original art work, and locally supplied furnishing and carpets.

Crucial to creating a homely and comforting feeling was the presence of a fire, but with more than 100,000 visitors walking through the hotel doors every year, health and safety was paramount as well as a visually striking centrepiece that guests would be drawn to.

Alexander Eversberg, Food and Beverage Manager at Hyatt Regency Birmingham, said:  “We have previously had a real flame fireplace in the hotel but the maintenance and upkeep was quite intense. It also began to present a health and safety issue over time.

“On this basis, my engineering team went on the hunt for a fire that would eliminate as many of these issues as possible – and that is how we discovered Dimplex’s Optimyst technology.”

The Dimplex Optimyst employs unique state-of-the-art, patented technology, creating the world’s most realistic electric flame and smoke effect. An ultra-fine water mist is created using ultrasonic technology and as the vapour rises up through the log-effect fuel bed, the light reflects against the water creating a highly convincing illusion of flames and smoke. 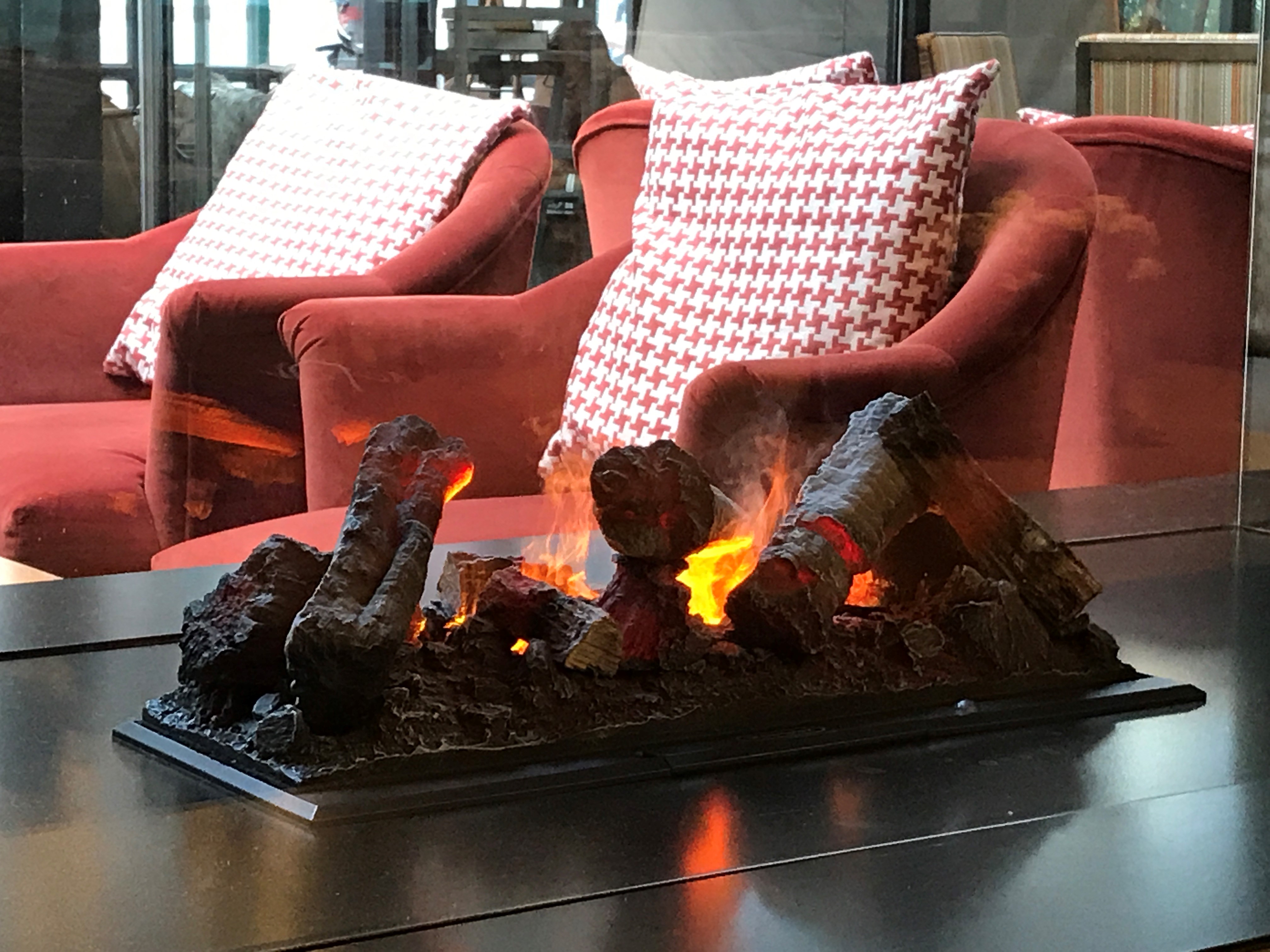 The fully three-dimensional effect is so authentic in appearance that the hotel created a purpose built wall in the middle of the Gentleman & Scholar pub, long enough to hold two Dimplex Optimyst cassettes side-by-side. These could be enjoyed either side of the partition and seen from any angle in the room.

Alexander adds: “As a luxury hotel, it is important that our facilities are cutting edge and that is why the flame effect on the Optimyst was such a key seller for me. We’ve seen so many of our guests come up to the flame to check if it is real! Safe to say the seats either side of both fires are the most popular in the pub.”

Easy to maintain and offering all the effect of a fire but without heat, the Hyatt Regency Birmingham has found the ideal solution for a year round centrepiece that stays in keeping with the times. The hotel was so impressed with the Dimplex Optimyst that they subsequently had one installed in their private dining room, for that added touch of class.