My basket
Your shopping basket is empty.
You are here
Home Rita’s Heaters
Categories
Back to news 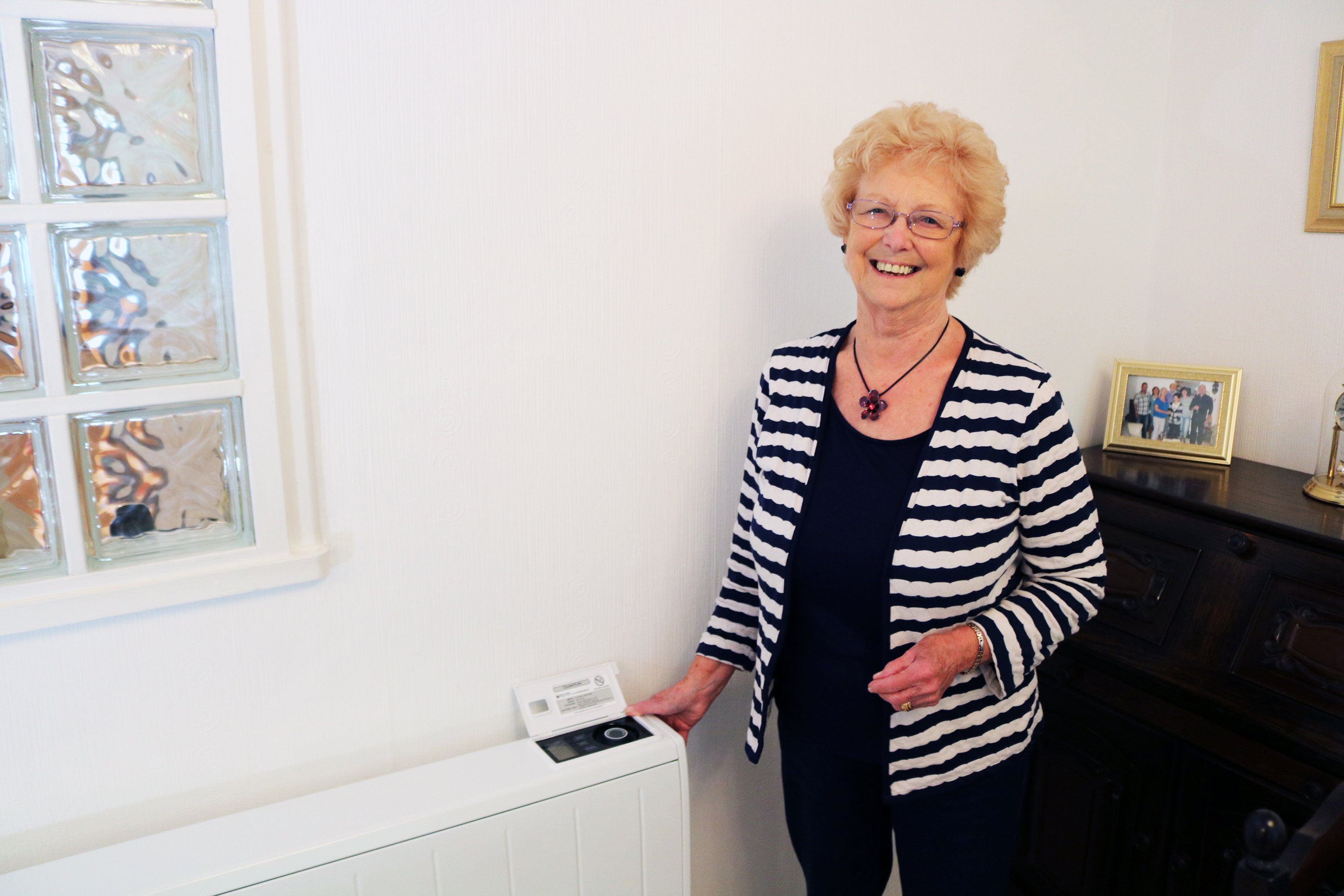 When Rita Seal moved into her flat in Fairoak, near Southampton, 11 years ago, she inherited a collection of old Creda storage heaters that were installed when the flat had been built in 1974. “There were storage heaters in every room, even the bathroom,” Rita recalls. “Since then the flat has been altered and the rooms knocked through, but the heating remained as it had been.” As the first winter approached they proceeded to remove and replace all the old appliances, with Dimplex PLX direct acting panel heaters installed in the two bedrooms and an electric radiator in the bathroom. As the flat already had Economy 7 electric, it was also decided that for all day heat two Dimplex DuoHeat storage heaters would be installed in the lounge and hall.

More recently Rita has added a Dimplex Optimyst fire in the large open plan lounge for supplementary heating and effect, but it was clear that the now decade-old DuoHeat appliances either needed to be upgraded or replaced entirely with something different.

“I mulled over the decision to upgrade quite a bit,” says Rita. “In part, I thought it was easier to just have instant (direct acting) heating, but long term I felt more comfortable with a storage heating approach. As the heat lingers, they can still give off warmth at night, whereas the other just turns off, I could get up in the night and the flat would be reasonably warm which I liked.”

Rita turned to the familiar Dimplex brand and contractors Wessex Electricals to see which of the latest options would work best for her flat. The decision was made to fit two Quantum 150 high heat retention heaters.

Quantum’s modern, slim-line design is compact enough for any sized room and can be installed as a standalone heater or part of a system in multiple rooms. Wessex electrical was able to install both Quantums in Rita’s flat, covering the existing marks left by the former appliances, meaning there was no redecoration required. The entire installation took less than a day with minimal disturbance to the flat or Rita’s day. “The guys from Wessex electrical were really good,” smiles Rita. “They were courteous, professional and kept everything very clean and tidy. They also went out of their way to help disguise cuts that had been made in the carpets for the old storage heaters. You would never know they were there without crawling right up to the bottom of the new Quantums.” 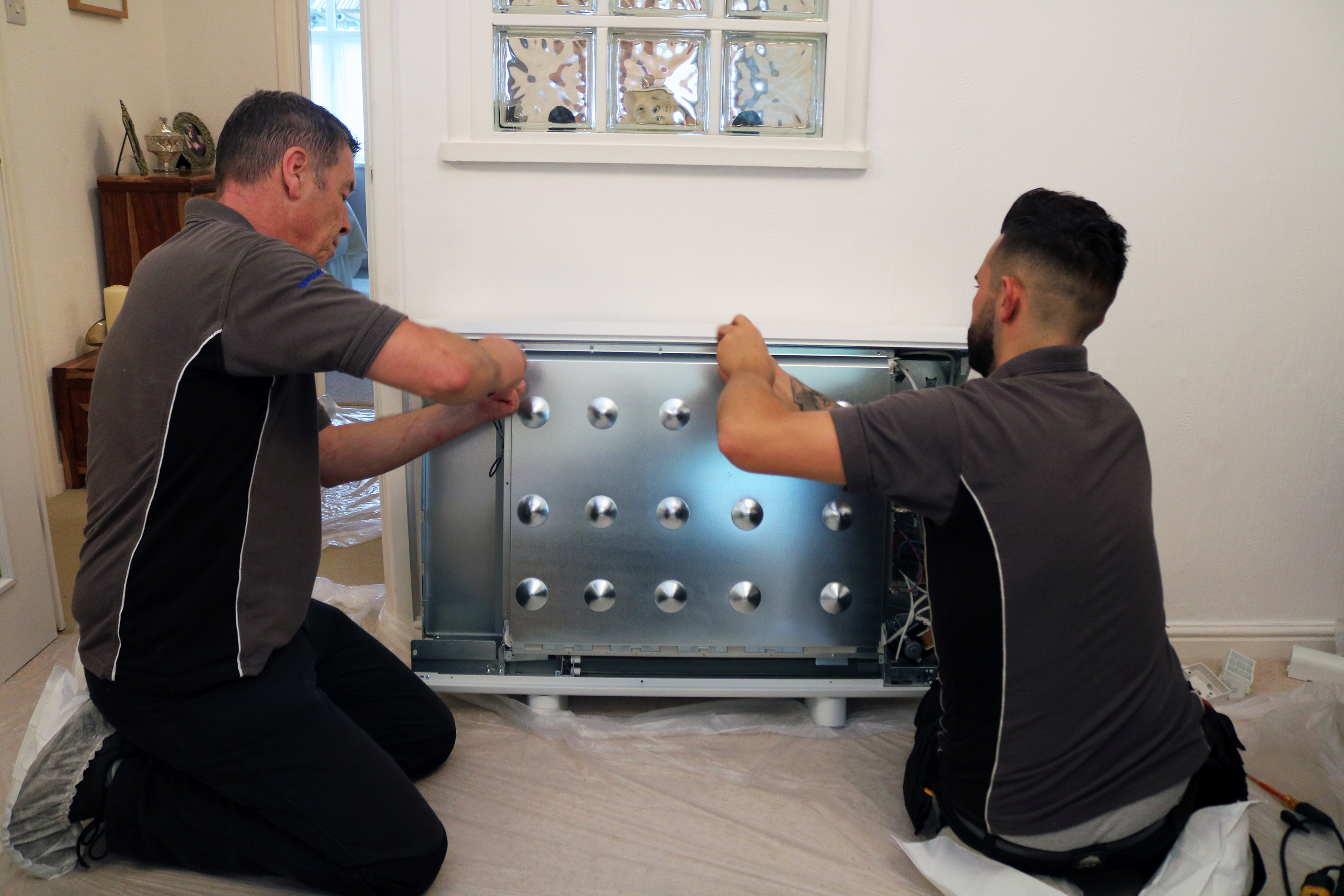 Dimplex’s award-winning Quantum is the world’s only high heat retention off-peak heater – offering complete control and comfort, day and night – totally transforming heating in the home.  An ideal replacement for out-dated storage heaters, Quantum is highly controllable, providing heat on demand, whilst still being able to take advantage of Economy 7 off-peak tariffs. Quantum also has a neat trick up its sleeve. With its innovative iQ controller, Quantum will automatically monitor and respond to your heating habits and the weather to maintain the ideal room temperature.

This controllability was the deciding factor for Rita, “The older units were not so easy to adjust. The lounge in the winter time gets more sun as the leaves vanish from the trees, but I was told that the Quantum would adjust accordingly, storing more heat for longer.  That was something the previous heaters did not do, they could be very hot in the morning, but then lose heat in the evening.”

The Quantum’s intelligent heating system gives Rita the chance to store lower cost energy during off-peak periods, while still providing highly controllable heat when it’s needed most.  Rita chose to set the Quantum in the hallway at 21°C and the Quantum in the lounge at 23°C as that room was larger with two big windows. “We had a warm spell when they were first installed, but as it has got colder outside the Quantum’s have been working well,” explains Rita. “It took a little adjustment at first as the Quantum is not warm to the touch, but the heat pushed out by the fan warms the room quickly, and stays warm right through the evenings.”

In terms of controllability, the Quantums have met Rita’s expectations, “Once they were set up I really haven’t needed to do much. I probably set them a bit too high at first, but now I don’t need to adjust them. If there is a cold snap I know the Boost is there if I need it.” 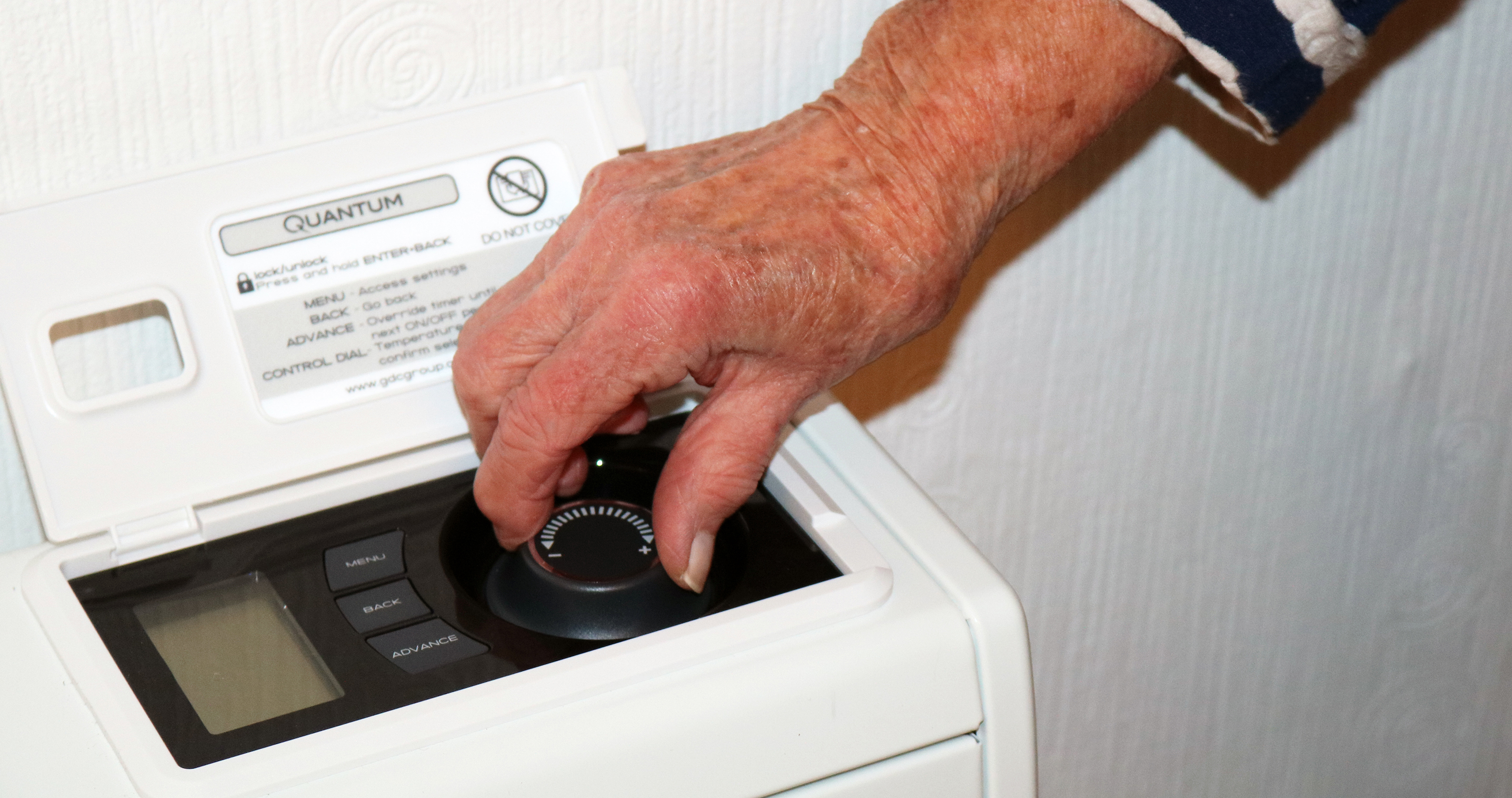 Quantum not only warms the home, it can also save money by more efficiently using low-cost, off-peak energy. The most economical off-peak electric heating system on the market today, Quantum is shown to be up to 27% cheaper to run than a standard storage heater system and up to 47% cheaper to run than an electric convector or radiator system (using SAP 2012 – the only Government approved energy performance assessment method).

“My hope is that the Quantum will prove to be cheaper to run,” admits Rita, “I used to pay around £60 a month for the old storage heaters which were also on Economy 7, so it will be interesting to compare the two in the coming months.”