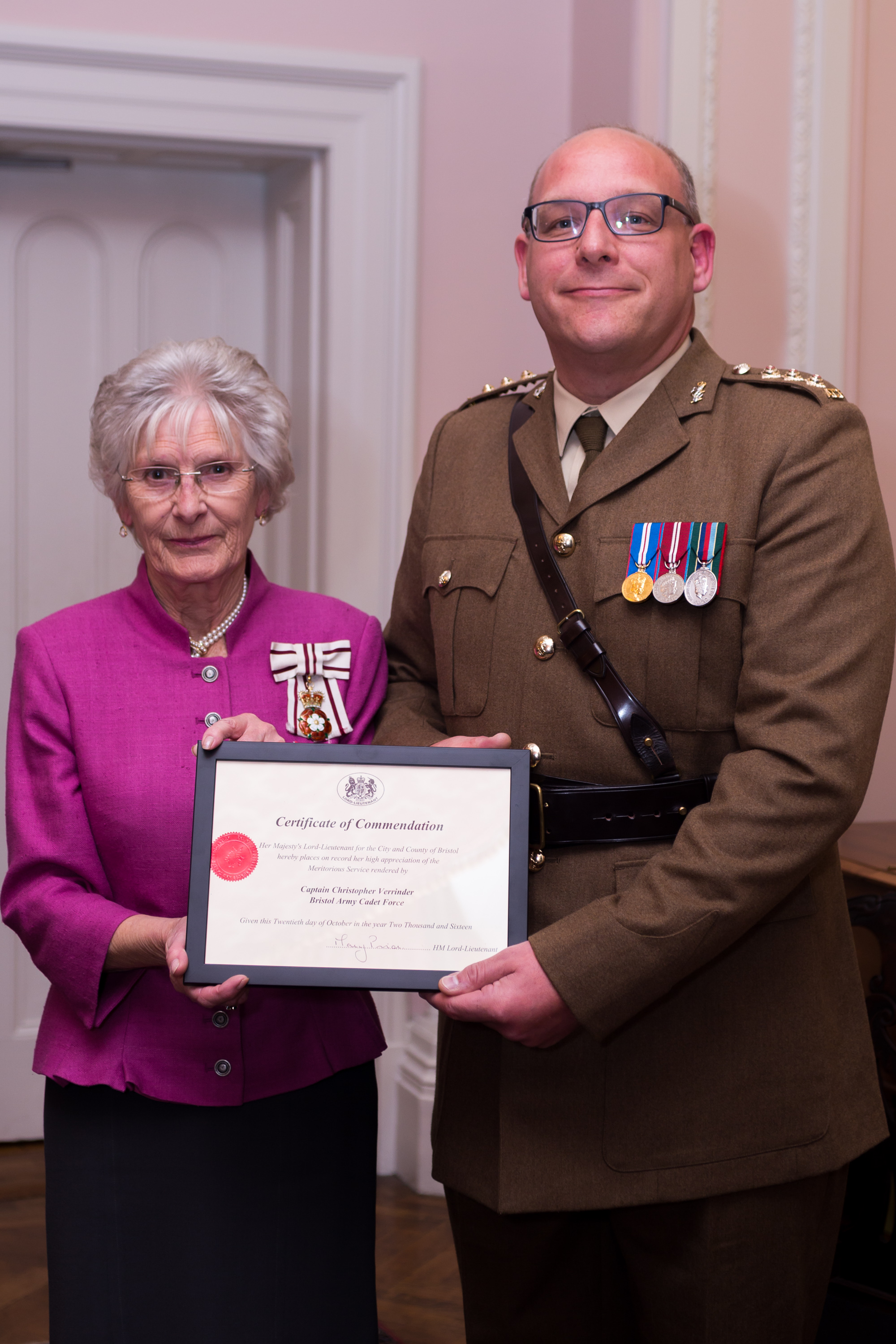 Chris Verrinder divides his time between managing Dimplex’s trade and social housing division in the south, and as a Captain working as the Assistant County Training Officer with the City and County of Bristol Army Cadet Force. It is for a decade’s worth of dedication to this training that he has been recently honoured.

Captain Verrinder received the Certificate for Meritorious Service to the Reserve Forces and Cadets from the Lord Lieutenant of Bristol, Mary Prior MBE JP.

Chris said: “I was over the moon when I found out. Cadets is my hobby, but the role of instructor also demands commitment. It consumes my spare time and my leave, as there are lessons in the week, plus camps and weekend training events. So it is very nice to be recognised with this award. ”

The comprehensive training programme that the ACF delivers provides great benefits for the youths involved.  “We help them grow up,” adds Chris “There is great pride in seeing those who get into all sorts of hassle come through the system, do all that we ask of them, and eventually leave us as someone who has gained the respect of people for what they have achieved.”

Roy Kleister, sales director, Dimplex said, “We are very proud that Chris has been recognised for such an honour. He brings absolute dedication to everything he does, both here at Dimplex and in his own time for the Cadet Force, and we are all greatly supportive of the work he is doing for young people.”

Roy Kleister, sales director, Dimplex said, “We are immensely proud that Chris has been recognised for such an honour. The dedication to his role and everything that he does in his work for Dimplex and in his own time for the cadet force shines through. We fully support the work he is doing for young people and it was indeed a privilege to have been invited to see Chris receive this prestigious award”.

Chris was an Army cadet in Bristol before serving 17 years in the Territorial Army (now the Army Reserve). He finished as a Sergeant in the Royal Electrical and Mechanical Engineers (REME) before joining the ACF.