My basket
Your shopping basket is empty.
You are here
Home Driving down eco home bills
Categories
Back to news 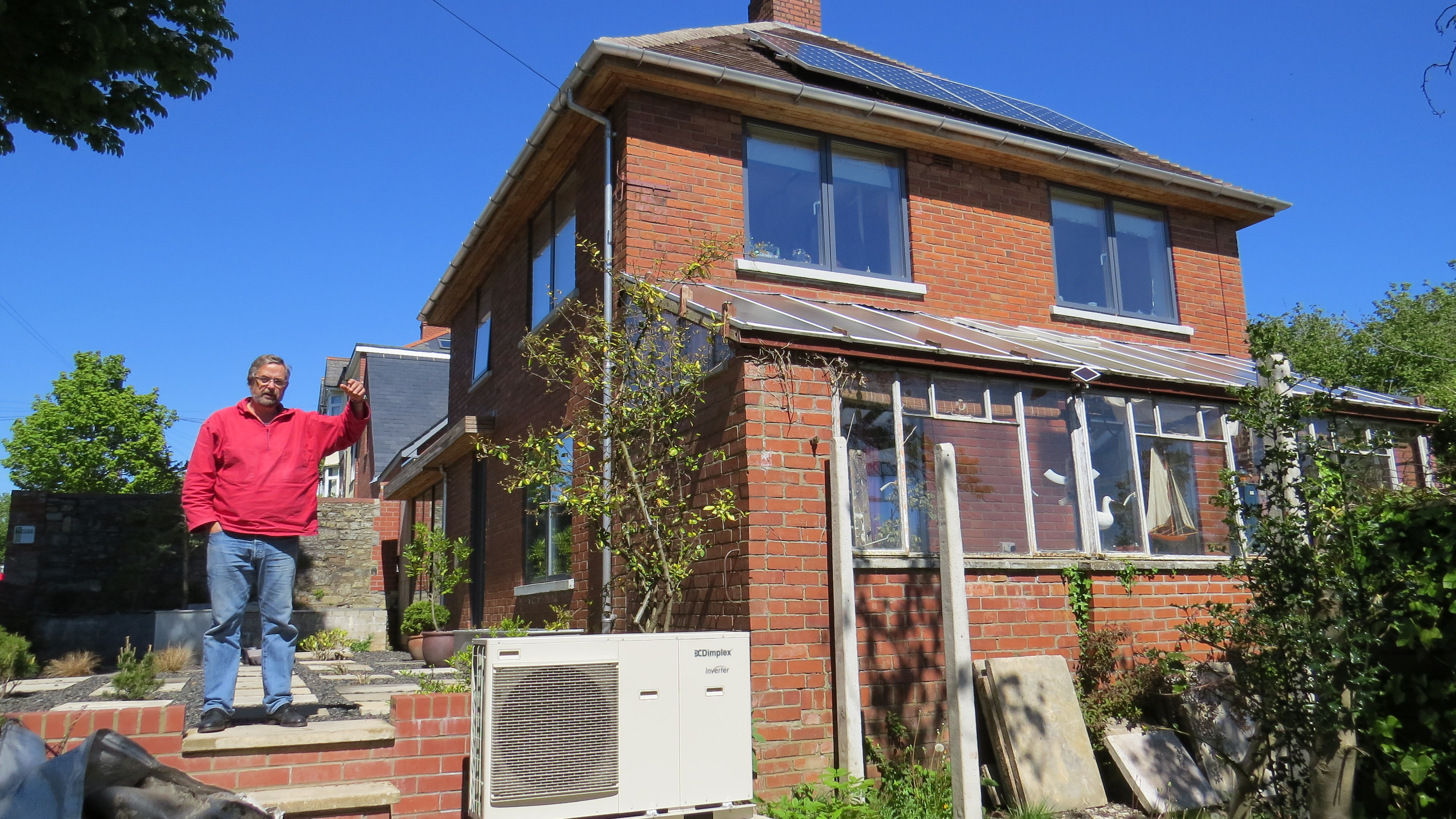 A Dimplex air source heat pump forms part of the award-winning energy credentials at a ‘Superhome’ designed to showcase the energy savings that can be made using grants and relatively low-cost improvements.

Nigel and Christine Humphrey, from Penarth in the Vale of Glamorgan, wanted to cut the cost of running their detached 1940s home without spending the sums required to reach Passive House standard.

Instead Nigel, who runs his own architecture firm MAS Architecture, focused on heat loss, infiltration and controls, using all the grants available to install an efficient – and cost-effective - heating and distribution system in the home.

Taking a whole house approach, the Humphreys installed cavity wall insulation, floor insulation, loft insulation and triple glazing, together with low energy appliances and lighting to help minimise energy bills. They also opted for the renewable energy in the form of solar PV panels and a Dimplex LA 6 MI 6kW air source heat pump. Operating at a Coefficient of Performance (CoP) of 4.4 (air 7°C, water 35°C), the heat pump feeds a system of underfloor heating panels which have been laid vertically within the interior walls to prevent the need to take up the original flooring in the original house, as well as in the conventional way under flooring in a new extension.

The result is at least an 80 per cent saving on energy bills, together with annual payments of around £250 from the Feed-in-Tariff for the solar PV and over £1,000 each year for seven years through the Renewable Heat Incentive for the Dimplex Air Source Heat Pump. Thermal modelling for the property predicted an annual energy bill of £500, which has since been achieved in the first year.

The project has won a Green Apple Award, which recognises, rewards and promotes environmental best practice around the world, and was awarded Superhome status in 2015, a pioneering scheme to showcase how energy improvements can be made to everyday homes.

Nigel Humphrey said: “It’s important to us that our home is comfortable, secure, and attractive, and we also want it to be energy efficient so that it costs less to run and we do our bit toward saving the planet.

“Retrofitting an existing house to meet the highest energy standards can cost a lot of money, so instead I deliberately set out to reduce the heat load as effectively as I could using grants and what are now fairly conventional levels of insulation. The Dimplex air source heat pump is a key part of this.”

Nigel and Christine chose an air source heat pump because rocky ground on the site in Vale of Glamorgan, which is just 200 yards from the sea, would have made installation of a ground source heat pump far more difficult and costly.

Renewable heating experts, Radiant Heating Solutions, specified and installed the system based on Nigel’s own heat loss calculations and opted for a Dimplex system.

Nigel adds: “We aimed for the AECB Silver Standard, which is about a 70 per cent reduction on the 1995 Building Regulations, with one important difference; we allow ourselves to count imported energy as zero carbon, because it comes from 100% renewable sources, our PV panels and Good Energy.

“Officially, renewable energy only counts as zero carbon if it is produced on site, which is very difficult and can be very expensive in an urban environment – but we have achieved everything we wanted to, at a price we can afford.”