My basket
Your shopping basket is empty.
You are here
Home Controlling the situation
Categories
Back to news 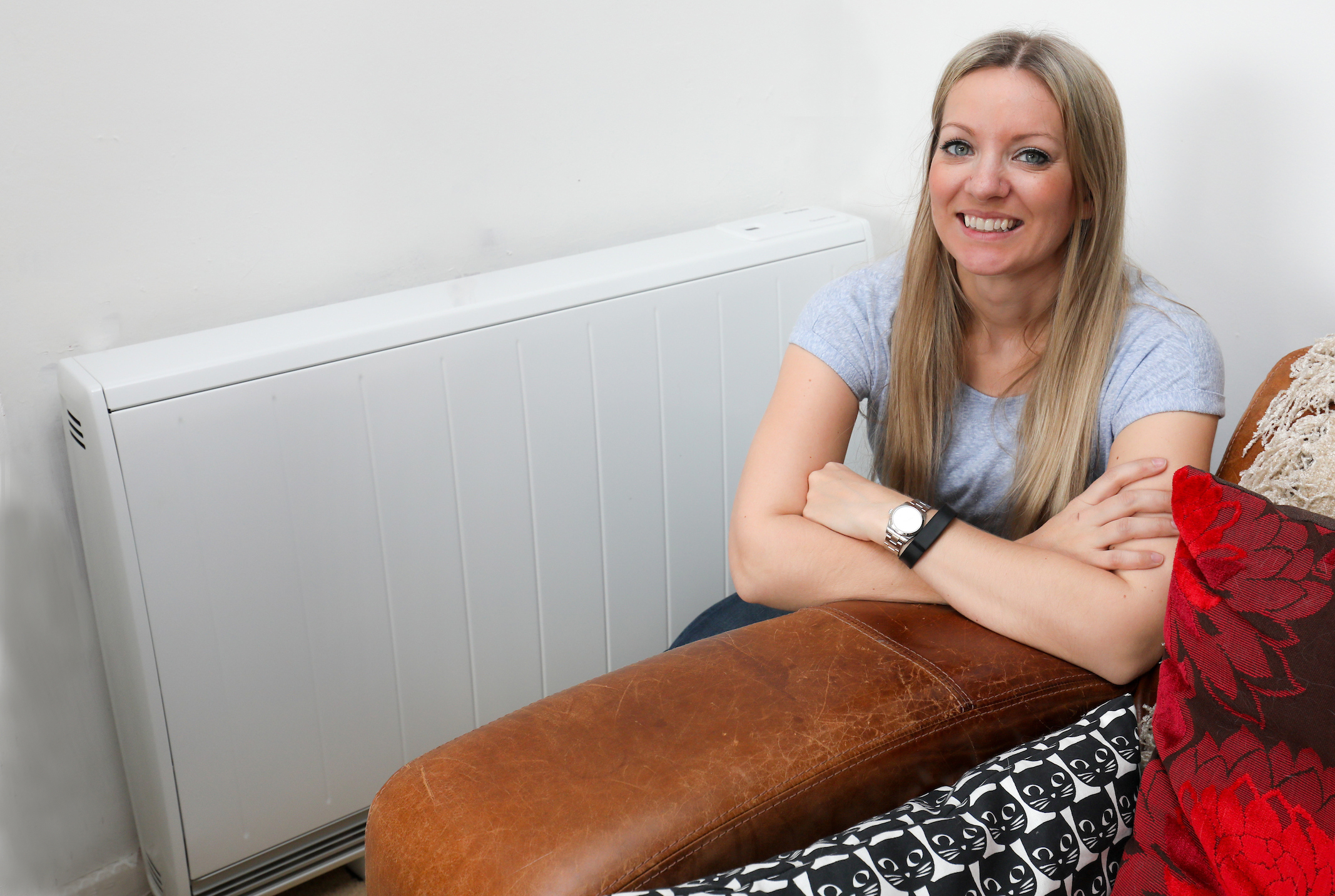 Amy bought her first house in 2004, a two-bedroom, ex-local authority, end of terrace property in the picturesque hamlet of Rowington, Warwickshire. Due to its rural location the majority of the village is situated off the gas grid, including the Ahmed-Dolphin home, which was heated using manual electric night storage heater technology which is around 30 years old, as well as an open fire.

After 11 years in the house, and despite having replaced the open fire with a solid-fuel stove, Amy and her husband Saleem researched how they could further reduce heating bills in the 1960s property, which also suffers heat loss due to poor insulation.

After 11 years in the house, and despite having replaced the open fire with a solid-fuel stove, Amy and her husband Saleem researched how they could further reduce heating bills in the 1960s property, which also suffers heat loss due to poor insulation.

They discovered Dimplex Quantum, a unique off-peak system which enables users to store energy during cheaper, off-peak periods and use it when they want it, through the day and night. With the support of the Dimplex heating design team, Amy replaced one of the three storage heaters with a Dimplex Quantum heater, added a further Quantum heater to the kitchen, and also added a Dimplex Q-Rad electric radiator in the hallway. The installation was completed by T Sparkes Electrical Ltd.

Amy Ahmed-Dolpin said: “The results were instantaneous. From the very first time we turned the Dimplex heaters on, we could see the benefits they delivered. We have greater control, we’re no longer relying on supplementary heaters in the evening and the house is far more comfortable, even in the coldest days of winter. And that’s without even calculating the cost savings of course.

“At the point we upgraded the heating system, we were paying an average direct debit of £119 per month to the energy company. Now, we’ve dropped to an average of less than £73 per month. That’s a saving of more than £500 across the year – and on those calculations we’re expecting the upgrade to pay for itself in around five years.

“And the best thing of all is that we didn’t even have to replace all the heaters. We upgraded one storage heater and added new appliances in the kitchen and the hall, but we kept the original storage heaters in the two upstairs bedrooms. But the results still surpassed our expections.”

The Dimplex Quantum system draws energy during cheaper, off-peak periods and offers controllable heat on demand, with an intelligent controller which monitors the user’s heating habits and provides easy operation at the touch of a button.

For Mrs Ahmed-Dolphin, it was combined with the Dimplex Q-Rad electric radiator, which offers direct acting heat and includes a self-learning algorithm with delayed start feature so the heaters calculate when they need to start heating in order to reach the user defined target temperature, at a specified time.

Together, they provide an intelligent, future-proof heating system which is already compatible with smart meters, ahead of the Government’s target that all homes will be using them by 2020.

Chris Stammers, product marketing director for Dimplex, said: “Mrs Ahmed-Dolphin’s experience shows the opportunity for homeowners, private landlords and social housing providers to upgrade manual storage heaters with Dimplex Quantum, which is categorised as a high heat retention heater – the only product to be recognised in this category in SAP 2012 specification criteria. Crucially it also shows potential for electrical contractors and installers to tap into that opportunity.

“Around 70 per cent of all homes with storage heaters use manually controlled appliances and almost two-thirds (63 per cent) of storage heated homes have appliances that are more than 12 years old - a statistic which is significantly disproportionate to any other heating appliance.

“The Department for Communities and Local Government estimates that around 65 per cent of all storage heated homes would benefit in EPC and fuel poverty terms from an upgrade to a high heat retention heater like Dimplex Quantum.”